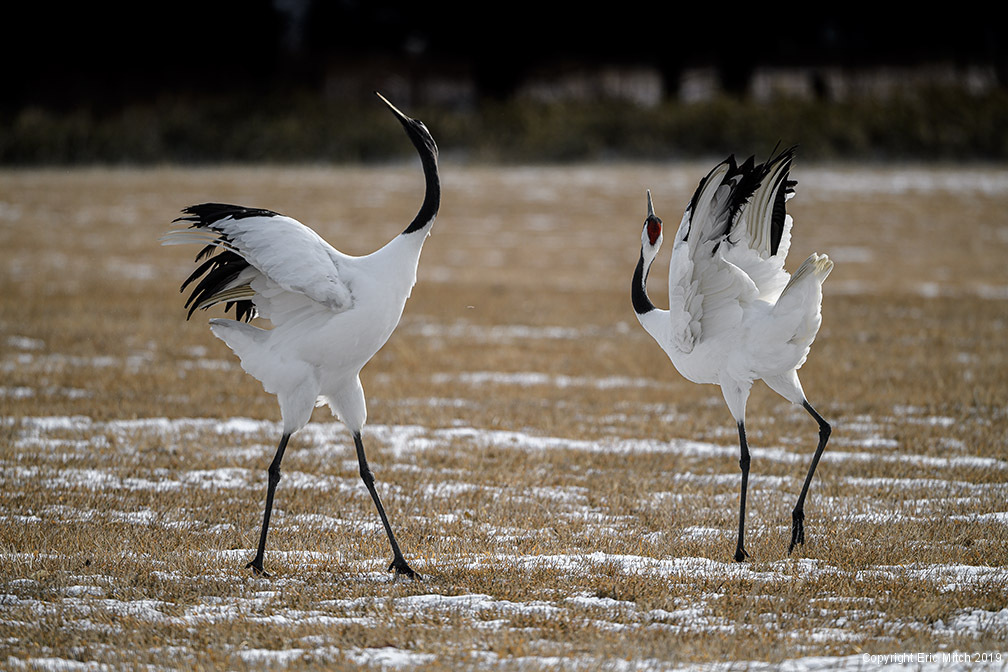 The Red-crowned crane is an important status in Japan. Featured prominently in their culture and commerce, they are usually depicted with their wings outstretched, more significantly as a pair since they mate for life. The “dance” is what people come to see and is one of the most animated. They are endangered with an extensive rehabilitation program. They can be found in the wetlands north of Kuhshiro Japan where they can be seen year-around.

Taken with the Nikon D5 and Nikkor 500mm PF. I got mine from Bedford Camera.